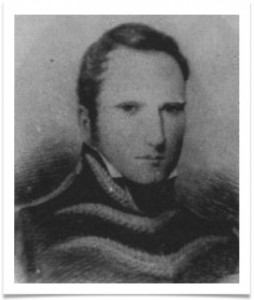 Thank you to the National Gallery of Australia for the Fairholme Lithographs. An album section has been added with these images courtesy of the Gallery.

George Fairholme was one of the original Darling Downs pioneers and connected to the Leith-Hay brothers William and James through their joint ownership and work on Toolburra Station between 1845 to 1851, which they worked for 7 years. W.R.F Love’s presentation on Fairholme in the 1980‘s is the best scholarly work on the subject and can be obtained from the University of Queensland.

Titled “Gentleman, Scholar and Squatter” (Accessible here through the University of Queensland)and presented in 1984, it shows the earliest depictions of life on the Downs and in fact for the emerging colony of Queensland, which was still NSW at the time.

Fairholme was from an old Aberdeenshire family, just like the Leslie’s and the Leith Hay’s and was also described as the most talented of all the early squatters on the Downs and his surviving work would attest to this. The work on him W.R.F Love is full of primary source on the subject and details life on the Downs, the Leslie’s and living and working with the Leith Hay brother’s when they co-owned Toolburra. Notably Fairholme inherited his father’s and uncle’s estates and on returning from Scotland in the late 1840’s and would have had the luxury of observing and noting down his observations on life in the colony ranging from wildlife to the indigenous inhabitants as well as this artistic work. The album and his work shows images of life working on the runs ranging from cattle to wool teams. Interestingly the two wool team images depict one of the most arduous tasks on the Downs at the time. Namely, getting the valuable product to Moreton Bay through the Great Dividing Range or simply bringing supplies to the Downs.  The highest Pass, Cunningham’s Gap being only suitable for light travel, meant two other passes were used for a while and the work was often back breaking. The images showing the angles of going both up and down the range and therefore obviously an description of importance since this would have stuck to his mind when he originally sketched it down. 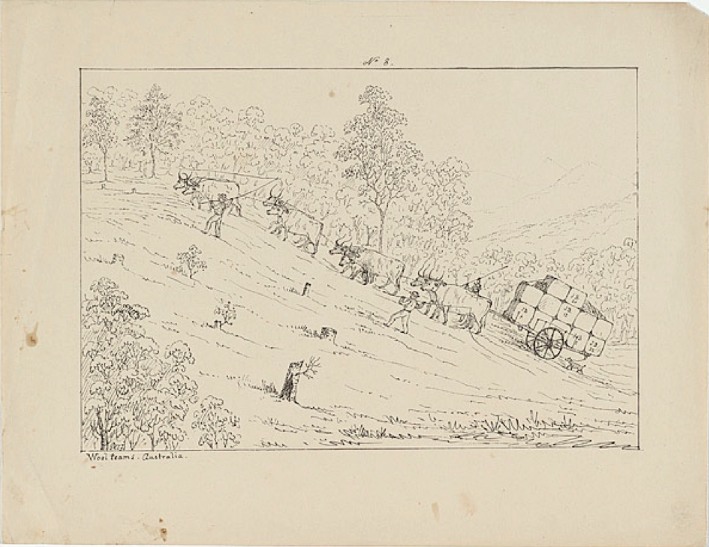 I have used an excellent quote from the work on how the Leith Hay brother’s and Fairholme ran their station and sold their product. “George Leslie considered Toolburra the second best station on the Downs after Canning Downs. It was during this period in August 1847 that his Excellency the Governor of New South Wales was pleased to appoint George Knight Erskine Fairholme Esquire, of Toolburra, Darling Downs, to be a Magistrate of the Territory and its Dependencies. (NSW Govt Gazette Aug 1847) Fairholme and the Leith Hays held Toolburra until 1851 when with the Land Commisioner’s sanction they disposed of the property to Walter and George Leslie. Whilst they occupied Toolburra Fairholme and the Leith Hays not only ran their own stock but also took in stock for agistment. The system worked like this, using Captain John Wickham’s sheep as an example: half of the wool and half of the increase to be for Fairholme and the Leith Hays. Wickham had to find the woolpacks and pay all the Government taxes on sheep. The wool was to be landed from the Darling Downs to Moreton Bay by Fairholme and the Leith-Hays, and after that at Wickham’s risk.” (Leslie Letter No 226, 16.3.1846 John Oxley Library)

Fairholme is described as having a fairytale life. Certainly as a younger son he fell into both his father’s and uncle estates on his older brother perishing trying to find the North West passage. It maybe that this tragedy afforded him the luxury of observing life on the Downs at the time. He was financially secure, eventually selling up his Australian assets by the late 1850‘s and then spending the rest of his days between his estate’s in Austria, where he continued painting as well as his family home in Scotland. His papers were reportedly lost in a fire in the Irish riots of the 1920’s, which are also a loss of information on early Queensland and perhaps life with the Leith-Hays for a brief seven, but significant years.