Narrative of the Peninsular War 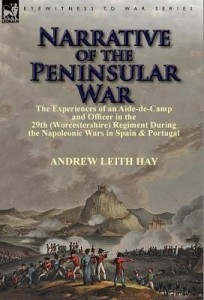 A modern version of Andrew Leith-Hay’s Peninsular war was published in full in 2013 in either soft or hard cover.

This site has no affiliation with the publisher . However, the quality of the work offers anyone with interest in the family or the period the chance to own the work and a decent copy since the original versions being rare command prices usually that are out of reach.

Various free ebook versions of the original are also linked above .

The Eye Witness Series describes the work in the following way. See the published details for further information on the subject.

At war against Napoleon’s army with the famous duke

This is an invaluable first hand account of a British officer who served under both Moore and Wellington against Napoleon’s invading French forces in the Iberian peninsula. A Scot, he joined the army as an ensign in the 72nd Foot and but went to the peninsula as an aide-de-camp to his uncle, General Sir James Leith. He also spent a considerable period gathering intelligence and communicating with other commanders in the British, Portuguese and Spanish armies. As he travelled Leith Hay made sketches of the terrain through which he passed and these were incorporated into the two volume account of his Peninsular War experiences which have been gathered together in this special single volume Leonaur edition. In 1808, he joined the 29th Regiment of Foot and as a lieutenant in he saw much action at the sharpest end of war. An exceptional observer he combined this with the talent to communicate well in both images and words. In this respect his activities as a gatherer of military intelligence would have made him an asset. Fortunately for modern readers he brought those same talents to his literary endeavours and all manner of detail is more finely and intimately described here than might be expected in memoirs of this kind. Leith Hay’s descriptions of the engagements in which he took part—particularly as a regimental officer—are particularly finely crafted. His depiction of the Battle of Talavera is particularly noteworthy as are his observations on the storming of San Sebastian. Leith Hay served with Charles Leslie in the 29th Foot and Leslie’s book, ‘With the 29th Regiment in the Peninsula,’ is also published by Leonaur—the two volumes are ideal companions for historical researchers.

The below two images come from the 2nd Edition Published in 1834 some 3 years after the original.

Andrew provides his three main reasons for publishing the work in his preface. Those being 1. Rescuing scenes omitted by abler commentators. Perhaps he is being a bit too harsh on himself there and too self-deprecating but maybe this was simply  his style. 2. Honour the memories of his forgotten comrades and their deeds   3.  His own vanity and wish to record the most memorable time of his life that was forever etched in his mind. 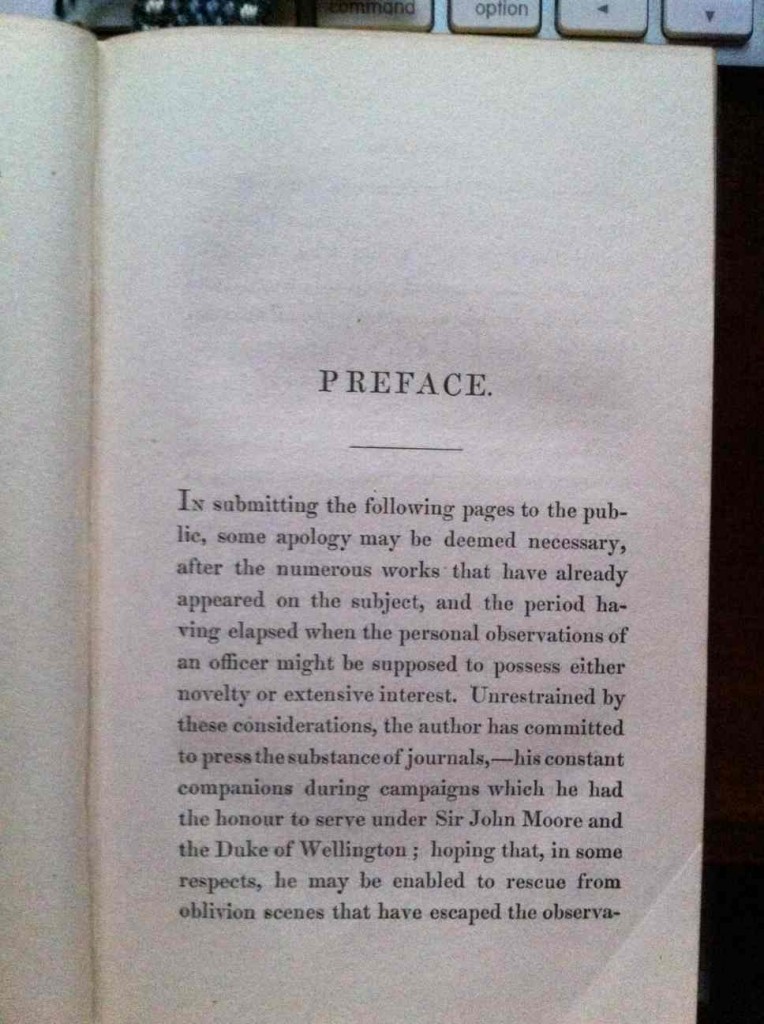 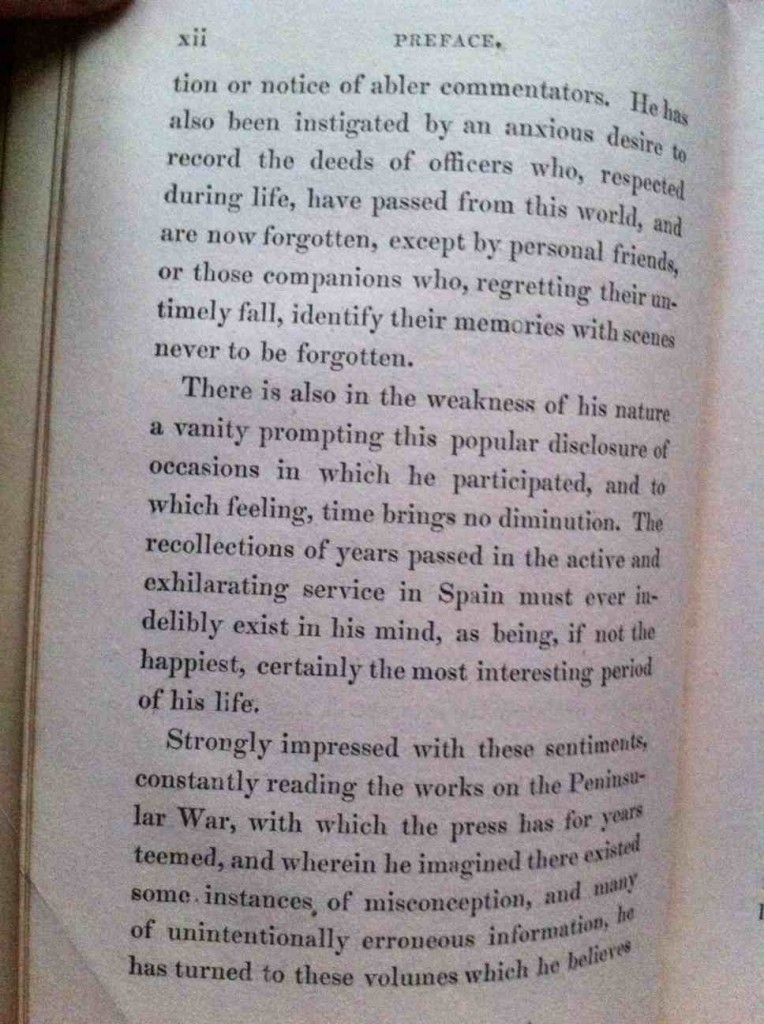