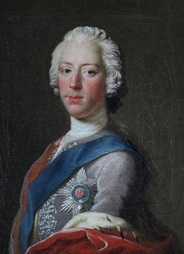 Scot’s family websites often contain information on the 45′ and the often romanticised characters involved in the Stuart’s ultimate and unsuccessful attempt to regain their lost throne on the shores of Britain. The Leith family’s own history provides a connection to Stuart times and particularly so on the assumption of the Hay surname by Alexander Leith of Leith Hall on being entailed heir to his great-uncle Andrew Hay of Rannes.

The Leith family itself harboured no large Jacobite sympathies prior to the marriage of John Leith II of Leith Hall to Mary Hay in 1730, the sister of Andrew Hay, who’s mother Helen Fraser and father Charles Hay were certainly sympathisers to the Stuart’s cause. The Leith Hall Lairds prior to this marriage were mostly local Lairds involved in their own quarrels with other local landowners  over moss and forest rights and this had largely been the case for the family for two to three centuries after its forebears in the 1300’s to early 1400’s had played somewhat of a distinguished role in Aberdeen by being Provosts of the emerging town.

The Allan Ramsey image from 1745 above rediscovered in the collections of the Earl’s of Wemyss at Gosford House still shows how these characters live on to the present day on the subject of the Stuart’s restoration and particularly the events of the 1745-46 on which numerous volumes exist on the biographies of the persons  involved as well as the detailed studies of the events of the time and final tragic battles ending up in Charles’ defeat and return to continental exile.

On the subject of the Stuarts, I urge anyone with a keen eye for history to visit the National Portrait Gallery or the various private galleries held in public trust for the numerous portraits of the time. Fyvie Castle, under the National Trust for Scotland, holds amongst others numerous portraits related to the topic with images of the Old and Young Pretender bringing these characters to life, as well as, the preceding Stuart Monarchs glazing at one from their pompous portraits designed to project power and perhaps their image for posterity on canvas of a time in their lives that saw them at their peak.  The collections at the Hall also offer an insight into minor characters of the time, and particularly for the period in this topic to that of Andrew Hay, whose own participation in the events, and exile offers an in-depth insight into this period of history.

In family or clan related material the romanticised  image of the Jacobites of the time  is ever present to this day.  This is evident in literature of the time from novels to screen productions on TV/DVD and a mix of proud Scottish nationalism as well as the modern commercial entrepreneurship forming an industry from clothing, to tourism related industries, which may, for example, see the old Jacobites (particularly officers) or leaders of the time labelled on Scotch bottles by distant relatives or collaterals to this day.

The most informative study on Charles Edward Stuart, the ‘Young Pretender’ or otherwise, Bonnie Prince Charlie, is in the author’s mind, Frank McLynn’s, work titled under the same name. This provides an an in depth study on not only the main event of his brief heyday in Scotland, but also his early life, to his slow downfall after his failure, in the form of a well researched psychological look at one of the most famous characters of the era. I highly recommend it as essential reading on the subject of the 45′.

The Young Pretender label on the young prince was primarily a Hanoverian term of the time. A propaganda label of his enemies, when the more endearingly coined Bonnie Price, and his father, the Old Pretender, were portrayed as pretenders and schemers across the Channel, at a time when the ruling family of the time was not yet fully entrenched in power and the Stuarts in many ways  had become pawns in the machinations  between the great powers of the time in Europe from France, Spain and Prussia to the Papal states in Italy. An easy card to play during a time of conflict and and religious discord, where the Jacobite bogey men would be used to install fear into the Hanoverian Monarchs of the time through questioning their legitimacy.

The author also argues that the enterprise of the time came far closer to succeeding than what previous accounts have acknowledged. It is also a study of a young man born to privilege and his slow fall into decay on the realisation that his life goal had become unattainable. The accelerated fall into despair, alcoholism and abuse of those close to him, and fractious relationship between father and son, and the Stuart brothers, also offers a psychological account on the prince. His downfall would have been particularly hard for one to escape unscathed, considering his life purpose from childhood had been predetermined by concepts such as divine right, and the sense of entitlement that one might have drawn from their birth right. This all manifested itself in his persona in the form of an inflexibility in his character evidenced often by his lack of (EQ) emotional intelligence, particularly evident in times of stress, where his dealings and better judgement were often impaired, and particularly with those whom offered alternate counsel to what one might have liked to have heard.

The above portrait from October 1745 would perhaps best offer the likeness of the Prince rather than the image on the book cover prior to the confirmation of the lost painting. The BBC show on the topic from 2014 and various articles on the same topic offering a historical study on the Stuart in his prime at the peak of his powers with his Garter badge proudly displayed in highland dress. 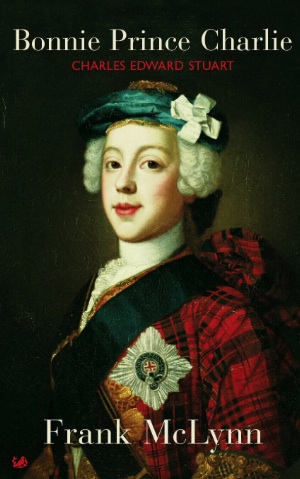 A link to the publisher is below

This site has no affiliation with the writer or publisher but the author deserves merit and support for the fine volume.

The Leith family’s own Jacobite sympathies in 1745 were largely limited to younger sons of the family. John Leith II’s passing in 1731 meant that he took no part in the rebellion. His Son John Leith III was also 14 years at the time and the family was hence not impacted by the loss of its head during the time as he was still under age.

John Leith III’s uncles were, however, taken into custody. The roll of the prisoner’s of the ’45 lists;

Old Laurie (Lawrence) is mentioned in the family book as being transported to the West Indies and returning to Aberdeen at a later time where he was a character of some fame in his old age. I have no further information on him and believe the family book is incorrect as Lawrence was not attainted and his release is evidenced in the Jacobite roll detailing the General Pardon of 1747 providing him his freedom. For the larger part the Hay family members in the Leith family provide the main characters of the time culminating in Andrew Hay whose pardon is available on the site or in his biography – A Jacobite Exile.

Prisoner numbers 1549 Leith, Alexander – Captain, Glenbucket’s  30.12.45 Carlisle  London (Southwark)  – executed Kennington Common 28.11.46 and Prisoner no 1550 Alexander Leith and 1551. Leith, Anne and 1553. Leith, John with are not directly connected to the Leith Hall family, and unfortunately I have no further information to provide on these persons.

Source on Prisoners of the 45: 3 Volumes.