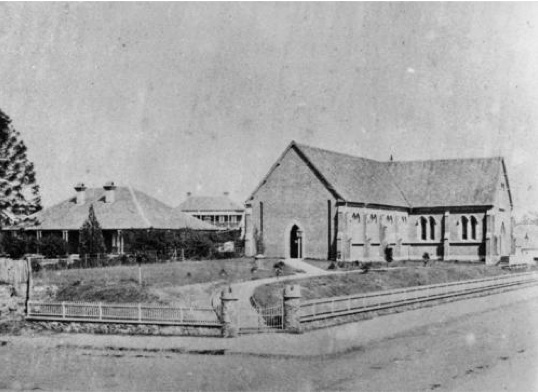 This image held by the John Oxley Library and credit to them from the 1870’s shows St Paul’s founded 1859 at the time 6 years prior to the wedding. The church yard would have been much unchanged from 1872 to the time of the wedding in 1878 some 6 years later. Norma’s grandchildren from her surviving son, Vivian were all batised at the church between 1921 to 1929.

The other image below also from the Oxley and credited to them shows the church some 7 years after the marriage.

A ” wedding in high life” was celebrated in this town on the 18th November (says the Queensland Times), being that of Lord Henry Phipps, third son of the Marquis of Normanby, to Miss Norma Leith-Hay, second daughter of Mr. James Leith-Hay, police magistrate of Condamine. The ceremony, from the social standing of the parties, excited more than usual interest, and was witnessed by a very large concourse of people. Indeed, during the performance of the ceremony, which took place in St. Paul’s Church, there was scarcely standing room in the building, the elite of our community being fully represented. The bride presented a very pretty appearance. She was dressed in white corded silk, trimmed with Limerick lace, with the usual additions of flowers, orange blossoms’, and silver ornaments. There were six brides- maids-viz., Misses Florence Leith-Hay, Haly, Cardew, North, Gertrude Leith-Hay, and Louisa Leith-Hay ; the principal bridesmaid being Miss Haly. The bridesmaids also presented a very handsome appearance, being dressed in white and pink, with silver necklets and lockets, the gift of the bridegroom. The groomsmen comprised Major Moore and Messrs. Labertouche, C. Leith-Hay, Alexander Campbell, Oran, and George Leith-Hay ; the second named gentleman-who came up from Sydney, and is a personal friend of the bridge groom-acting as best man. The marriage ceremony was conducted by the Rev. J. Mosely (who baptized the bride when an infant), assisted by the Rev. J. H. L. Zillmann, rector of St. Paul’s Church. The introductory and concluding part of the service were read by Mr. Zillmann, and the marriage ceremony proper was performed by Mr. Mosely. The bride was given away by her father ; and the whole party presented a very gay appearance. The walk leading to the church door was lined on either side with a. numerous assemblage of spectators, and as the bridal party left the building, at the conclusion of the ceremony, the pathway was strewn, by some of the young ladies present, with a number of handsome flowers a pretty compliment, which both the bride and bridegroom gracefully acknowledged. The wedding breakfast took place at the residence of the bride’s father. A very large company sat down, about fifty-six ladies and gentlemen having been present. The bride’s cake, a really handsome one-was, in accordance with custom, held over the bride’s head, the chief bridesmaid cutting the first slice. Various toasts were proposed, amongst them being the health of the Marquis and Marchioness of Normanby. The company was a very happy one, and was as gay as happy; and wishes for the future happiness and prosperity of the newly wedded pair were freely expressed. After breakfast the happy couple drove away in a four-in-hand to their home on the Logan, the departure of the bridal pair being, in accordance with ancient custom, celebrated by quite a shower of rice, corn, old shoes, and the other things usually called into requisition on such occasions, We heartly wish Lord Henry and his fair young bride a happy and prosperous career. 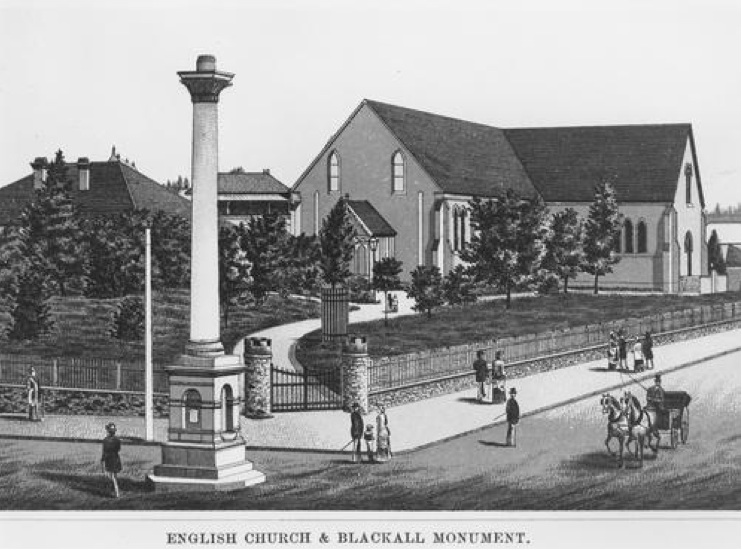