Mr George Leslie Leith Hat, who died in London on September 28, aged 59, was the second son of the late Mr James Leith Hay of Rannes, and the only brother of Chas. E. N. Leith Hay of Leith Hall and Rannes, Aberdeenshire. in 1895 he married Florence (who survives him), daughter of the late Major Ralph allen of Hampton Manor, Somerset, and sister of the late General Ralpj Allen C.B., who distinguished himself in the South African War.

The family of Leith is very ancient. It early owned the barony of Restalrig, Leith, whence, probably, their name assumed. The direct ancestor of the Leith Hays was William Leith, a landed proprietor in Aberdeenshire, who was Provost of Aberdeen in 1350. General Leith of Leith Hall , born in 1758, assumed the additional surname of Hay on succeeding his kinsman in the estate of Rannes. His second son the wasfather of the present Lord Leith of Fyvie. His elder son (grandfather of the deceased) was a distinguished personage. He was Colonel Sir Andrew Leith Hay of Rannes and Leith Hall. he served throughout the Peninsular War, or which he wrote a history, sat in Parliament for the Elgin Burghs and became Governor of Bermuda. His oldest son, the late Colonel Leith Hay, C.B (who died without issues in 1900), served with distinction in Canada, the Crimea and the Indian Mutiny)

N.B. A rather short obituary of George’s life and more on his illustrious forebears and his links rather than anything George did in his life. 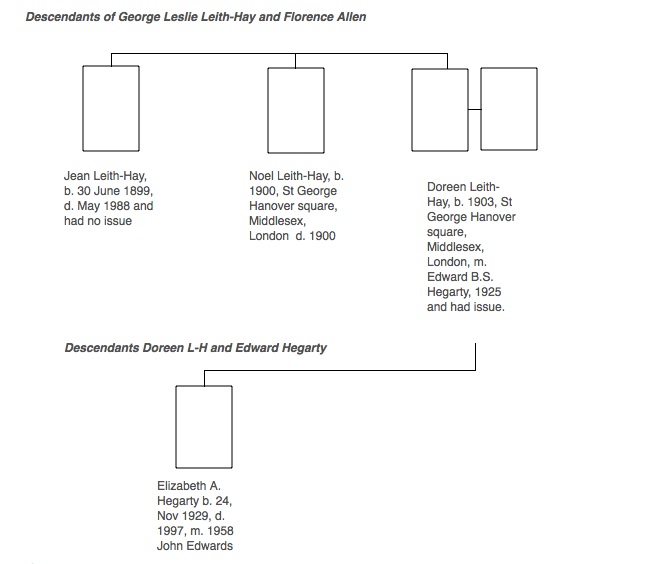